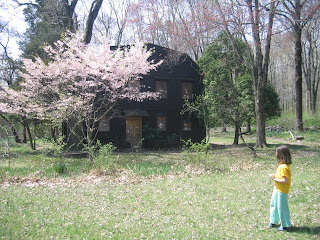 The Veblen House is located on a lovely wooded site in northeastern Princeton, NJ, on the edge of the nearly 100 acres of forest the Veblens donated to Mercer County to create Princeton's and Mercer County's first nature preserve, Herrontown Woods. 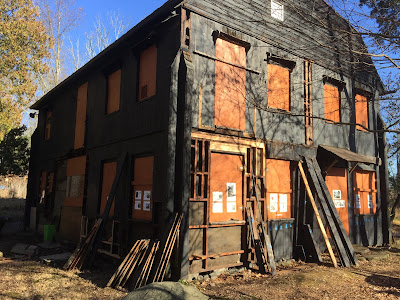 In 2017, the house was saved from demolition by the Friends of Herrontown Woods, with help from Princeton's town council, which agreed to accept ownership of the property from Mercer County. In 2020, the town officially leased the house and nearby cottage to FOHW, whose volunteers have been acting as stewards for years, improving security and drainage, clearing the grounds of invasive species and planting raingardens to divert runoff away from the house. 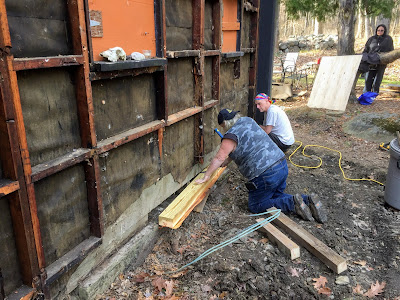 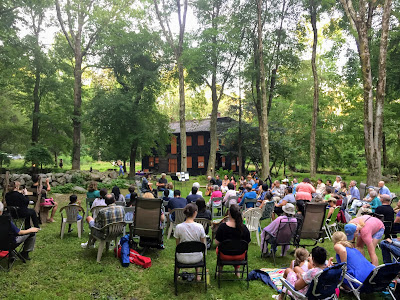 While repairs are underway, FOHW has hosted many events on the grounds, including weekly yoga classes and performances of theater and music. 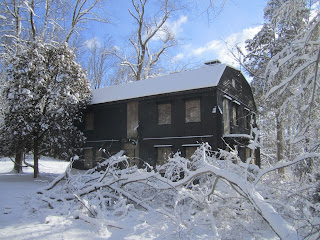 An early prefab dating back to the 1920s, the house was moved to Princeton from Morristown by Jesse Paulmier Whiton-Stuart and his wife, Mary Marshall Ogden, and reassembled at this location in 1931. Ten years later, they sold the house to the Veblens, who also owned the 1875 farm cottage nearby. After Elizabeth Veblen's death in 1974, the house was donated to Mercer County with the expressed desire that it become a museum and library. The county then rented it out to local arborist Robert Wells and family until 1998, at which point it was boarded up. 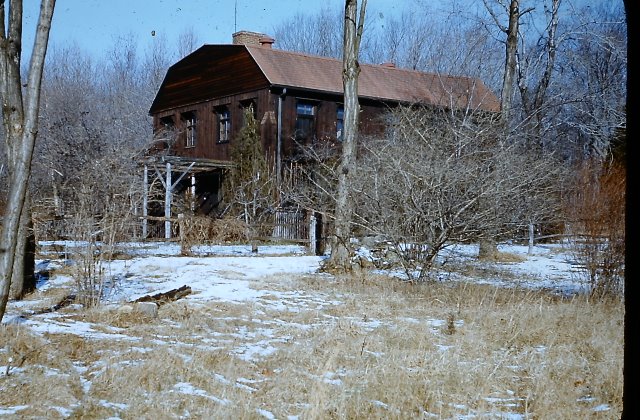 These photos from the 1950s show the house was originally 2-toned, with brown for the second floor and black for the first. A durable roof and diagonal planks between the double walls have helped keep the house solid through years of disuse. 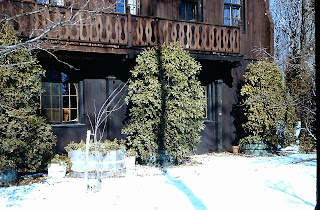 European elements such as the ornate balcony went with the Veblens' European roots. 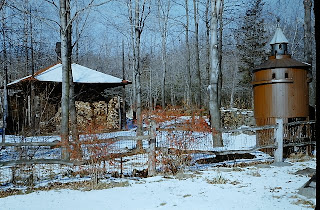 Near the house were a hay barrack and a so-called dove cote, which was meant to house pigeons. The dove cote was likely installed not by the Veblens but by the previous owners.

The "hay barrack" in the background served as a woodshed for the Veblens, then as home for the Wells' rabbits, before being torn down in 2008 or so by the county. It was one of only a few such structures in NJ, designed for the roof to rise and fall to accommodate hay as it was stacked. You can see how the four corner posts extend up from the roof, which slides up and down on them. The hay barrack design originated in Holland to store an overflow of hay from the main barn. The footprint of an old barn is just behind the hay barrack in the photo. 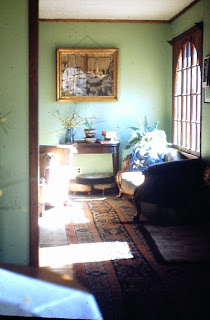 The living room, with oak paneling, was a lovely green color enhanced by light streaming in the large, semi-circular windows. Einstein and others of considerable fame frequently visited the Veblens. The painting was one of two the Veblens owned by Charles Oppenheimer, a British painter. The paintings were to be left with the house, but have yet to be found. 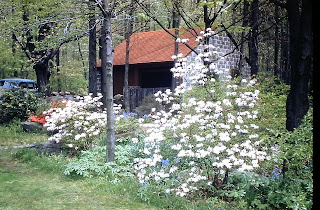 Even the garage looks attractive in this 1950s photo, ornamented by azaleas, mayapples and other spring flowers. 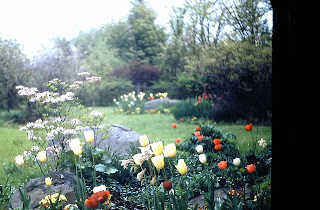 Born in Dewsbury, England, near York, Elizabeth Veblen was an avid gardener, and hosted meetings of a local garden club, members of which continued to care for the grounds even after she died. Both the Dogwood Garden Club and the Garden Club of Princeton helped with the grounds at various times in past decades. 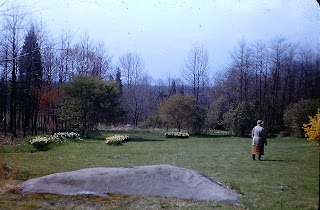 This photo from the 1950s  shows how Herrontown Woods was transitioning from farm field to forest. 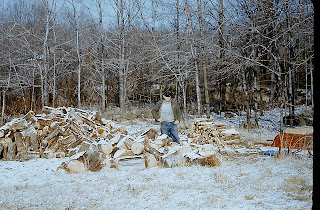 Max Latterman was the Veblens' faithful groundskeeper, continuing to work there even after they had died. He appears in this photo to be as enthusiastic a wood splitter as Oswald Veblen was reputed to be. 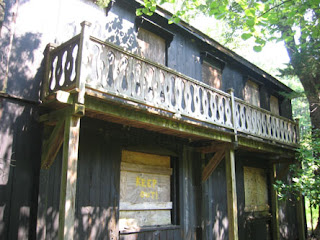 The balcony shown here is a replacement, but care was taken to replicate the original baluster design. 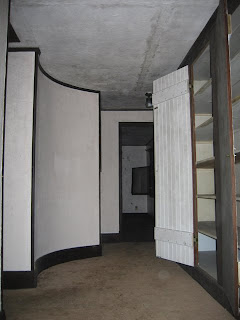 A Russian cabinet maker reportedly was hired for two years to customize the house, inside and out. Numerous architects and builders have spoken of the unique nature of the house's features, and the excellent craftsmanship.

In 2001, a local architectural firm determined that the "Veblen House and Cottage are eligible for listing as an historic district, for their association with the nationally significant mathematician and scholar Oswald Veblen." In 2020, the NJ Historic Trust judged the Veblen House not eligible, since the Veblens moved to the house later in his career, after he had made most of his contributions to society. More research on the house's unique features and the Veblens' work later in life could change their view, however. 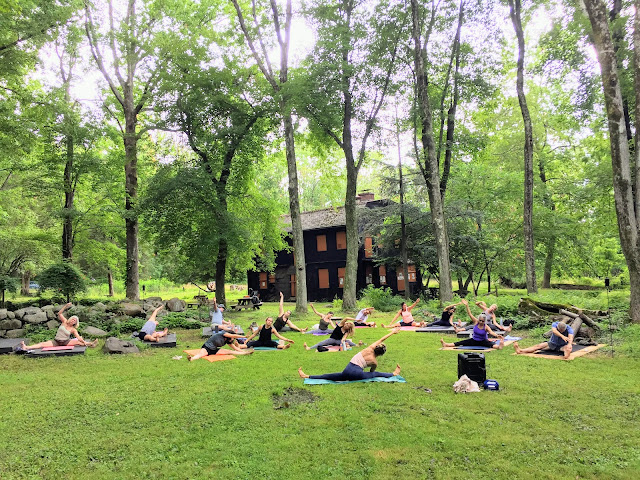