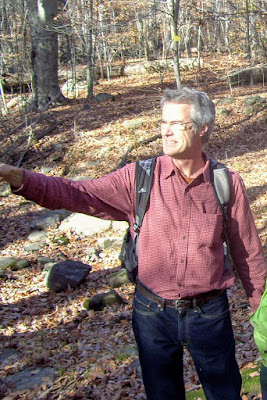 Prior to moving to Princeton in 2003, Steve founded and led the Ellerbe Creek Watershed Association (ECWA) in Durham, NC. With degrees in botany and water quality, Steve has served Princeton in multiple capacities. During his years as the first resource manager for the Friends of Princeton Open Space, he conducted plant inventories and led workdays and nature walks at many of Princeton's parks and nature preserves. He was a longtime member of the Princeton Environmental Commission, spearheading a new Environmental Resource Inventory for the town, and served as chair of the Princeton Shade Tree Commission. As a member of the board for Princeton's Mountain Lakes House, he helped increase energy efficiency and solve runoff issues.

Steve has led the effort to save and rehabilitate the Veblen House and Cottage since discovering them during a walk through Herrontown Woods in 2006. A professional jazz musician and amateur actor in the McCarter-based Onstage ensemble, he maintains various blogs on nature, sustainability and climate change, including more than 1000 posts at PrincetonNatureNotes.org. He is inspired by the broad and deep legacy Oswald Veblen left in Princeton, American academia, and the world. Much of his research about Veblen House and the extraordinary people who have lived there over the past century is published at VeblenHouse.org. He has received various awards, including the 2013 Governor's Jefferson Award for his environmental advocacy. 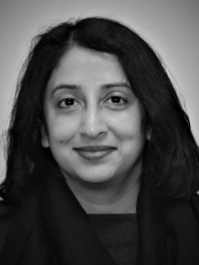 Pallavi Nuka (vice president) became involved with FOHW when her Girl Scout troop began participating in workdays at the preserve. She is associate director of the Center for Public Policy & Finance at Princeton University with a professional background in international development and environmental policy. An advocate of smart and inclusive growth, she is interested in municipal and regional issues related to land use, sustainability, and planning. She believes in making the outdoors accessible to all in the community. She is happy to be bringing enthusiasm as well as operational know-how to the board. 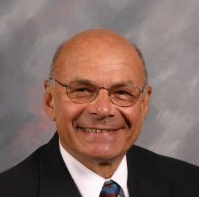 A graduate of Univ. of Pennsylvania and Princeton University, Ahmed is a prominent architect in Princeton. Before forming Azmy Architects LLC, Ahmed was the principal architect at HACBM Architects, Engineers and Planners, and CUH2A. Ahmed is also a leader in the Rotary at district and local levels. He brings to the project a passion for rehabilitating Veblen House, and a hands-on approach that complements his expertise in design and planning. 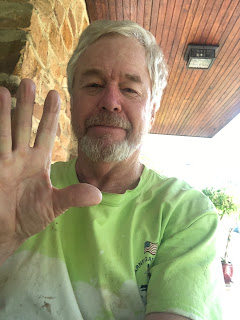 Scott Sillars (co-treasurer)
Scott has been deeply engaged in community organizations since leaving corporate life over a decade ago. Recently he served as chair of The Watershed Institute’s board of trustees and as chair of Princeton’s municipal Citizens Finance Advisory Committee. Scott’s business career was in corporate finance, but his real love was always in working in the woods. His undergraduate degree is in forestry; his yard is filled with raingardens and native wildflowers. 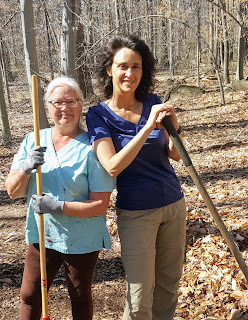 Inge Regan is an ER doctor originally trained in family practice. Inge grew up close to the land, on a farm in Pennsylvania, and brings her networking skills and commitment to community to the Veblen project. Through wildflower photos and signage at the botanical garden, she seeks to translate what botanists know into easily understood information for people to learn and enjoy. Her idea of putting a pingpong table in the barn is part of the surprise and delight people feel when they come to Herrontown Woods. 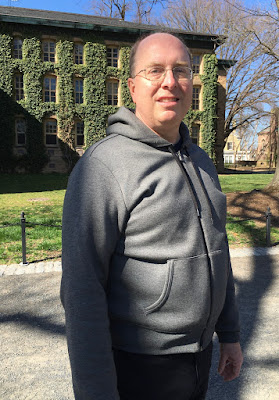 Peter Thompson brings technical know-how to the FOHW board. A native of Princeton, he worked for 42 years for the Princeton Public Schools. As Manager of Information Technology, he guided and led the major technological initiatives in the schools for decades. 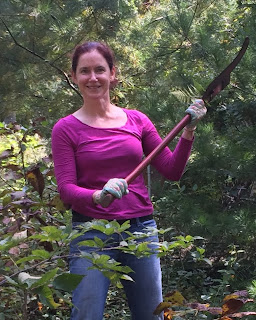 Keena Lipsitz discovered Herrontown Woods during the pandemic in 2020, and soon became a regular volunteer at the preserve's botanical garden. A professor of political science, she and her family have helped bring many new volunteers to Sunday morning workdays. 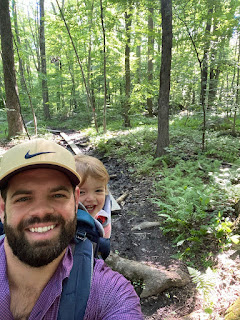 Adrian grew up in the Princeton area and now lives in the Riverside neighborhood with his wife Meghan and two children, Palmer and Maddox. The family has made the Herrontown Woods an extension of their backyard during the pandemic, visiting frequently to volunteer, hike, play with friends, attend yoga classes and more. Adrian also runs the Herrontown Woods Instagram account. After graduating from Princeton, he worked for BlackRock for 10 years, and is now an independent financial planner and wealth manager for families. 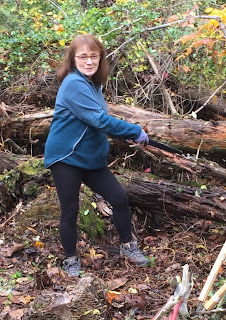 One of Wendy’s vivid memories upon moving to Princeton in 1991 was discovering the boulder field in Herrontown Woods. With a professional background in the public, nonprofit, and philanthropic sectors, Wendy has in recent years advised FOHW on fundraising and organizational development. She is executive director of The Concordia Foundation, which funds environmental, education, human service, and arts organizations. Previously, Wendy was director of policy development and communications for state environmental agencies in MA and NJ. In the nonprofit field, she was director of development for The Watershed Institute, and director of program development for the NJ chapter of the Northeast Organic Farming Association. Wendy’s interest in hometown sustainability led to her 10-year service on the Princeton Environmental Commission, including two years as chair. She is most proud of having initiated the commission’s environmental reviews of development proposals, and of spearheading the founding of Sustainable Princeton.

Former Board Members
FOHW is grateful for the vital role these past board members played in the organization's evolution and in the renovation of Herrontown Woods. 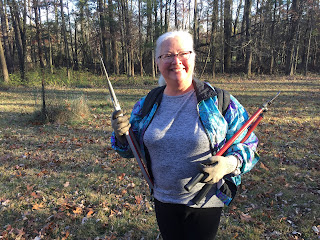 Beginning in 2013, Sally worked with husband and fellow founding member, Kurt Tazelaar on weekends and during the summer to clear and mark trails in Herrontown Woods and Autumn Hill Reservation--more than 200 total acres. Along with Steve Hiltner, Kurt and Sally formed the core of what became FOHW. Kurt in particular worked tirelessly to improve trails and clear large areas of invasive shrubs that had grown over historical features and had blocked vistas. Sally works as an art teacher for East Windsor Regional Schools. Sally has also collaborated with her husband on documentary videos, and maintained the FriendsOfHerrontownWoods facebook page for many years. 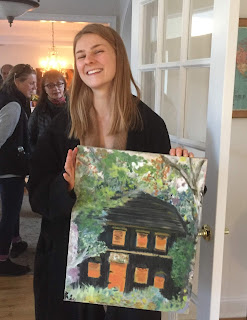 Margaret Spencer
Margaret returned to the area after graduating from Princeton University, discovered Herrontown Woods, and became involved with FOHW through workdays. She took on the role of secretary for FOHW, and made a lovely painting of Veblen House, copies of which are on display on paths leading to the house. 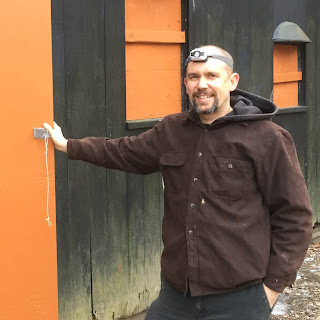 Perry Jones
Perry got involved with FOHW soon after moving to Princeton from California. He applied his many skills to helping the organization grow and thrive, from organizing documents online to creating signage, to repairing and improving shutters and access to the Veblen House. 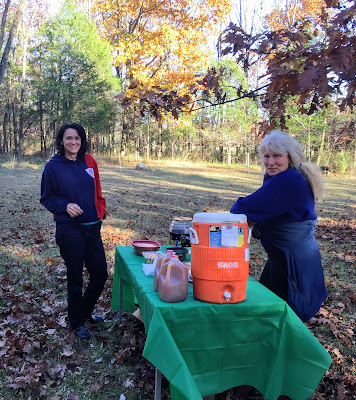 Victoria Floor
Victoria (at right in photo) is a writer and educator who served as secretary for FOHW, and as a compelling spokesperson for the organization's mission. She loves physical work and made important contributions early on to the evolution of the Barden. Her visits to archives at the Library of Congress and the Institute for Advanced Study have greatly added to our knowledge of the Veblens and their legacy.
Jon Johnson
Trained in hydro geology, Jon joined the board early on, providing an important boost with his good judgement and knowledge of the preserve's geology. Jon made the first map and pamphlet for the preserve, and discovered that some of the boulders at Herrontown Woods are magnetic. He ultimately tracked the magnetite back to its mother lode up near Stone Hill Church.