A Week of Magical Moments at the Gazebo

The leadup to a magical moment can seem mundane enough: a ladder leaned against the gazebo at the Barden at Herrontown Woods. The Barden, short for Botanical ARt garDEN, has become magical in and of itself, but this past week had a series of magical moments. 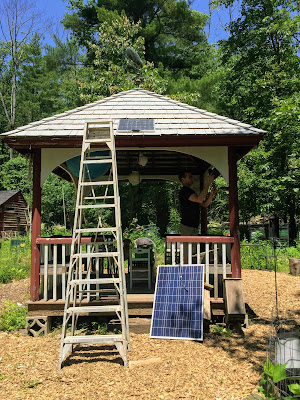 On Friday, a solar panel was mounted on the roof of the gazebo, thanks to Princeton architecture professor Forrest Meggers. 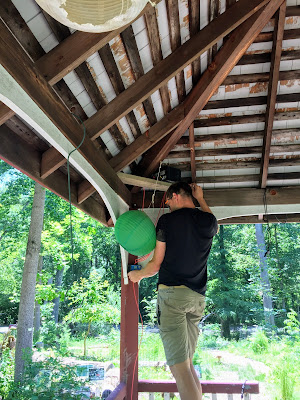 A bit of wiring followed, and some stringing of lights, all mundane-seeming, at least until evening, 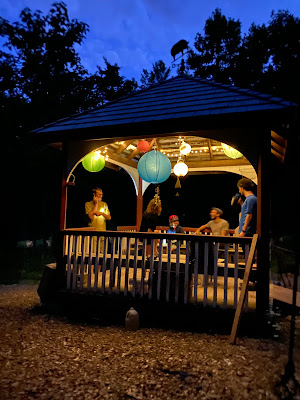 when we gathered to celebrate in the glow of all those rays of light captured from the day to illuminate one small corner of the night. 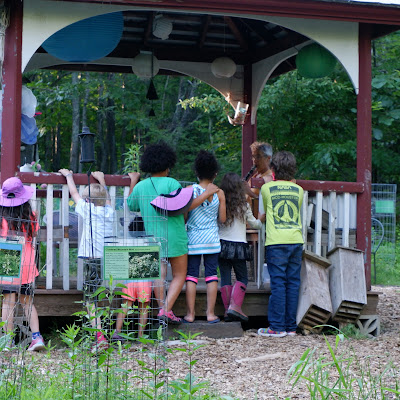 Two days earlier, on Wednesday, a group of kids had come with parents to explore the Barden, then sit down for an outdoor supper. Just as they were leaving, I took out my clarinet to riff with the cicadas. The kids came over to listen and applaud, and asked me to play different tunes--a jazzed up version of Mary Had a Little Lamb, and some others. 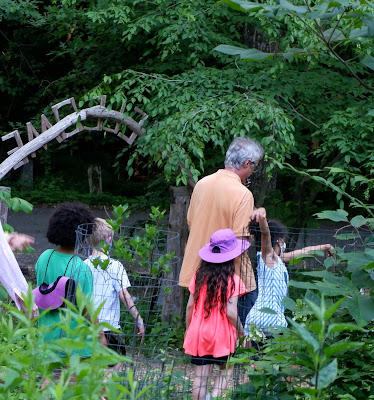 When one of them asked me to play Ode To Joy, I figured the parents were needing to get going, so I led the kids down the Barden path to the parking lot, playing Ode to Joy like a pied piper. In the parking lot, we jammed for awhile, the kids using sticks to beat out rhythms. 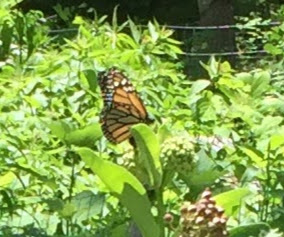 The day before that, on Tuesday, we spotted a monarch butterfly in the Barden--the first sighting of the year. What is more magical than a monarch, flying generation by generation up from Mexico each spring to join us for the summer? In one particularly delightful moment, it flew in a circle around the Veblen Circle of wildflowers, from one cage to the next, returning to where we'd first seen it, 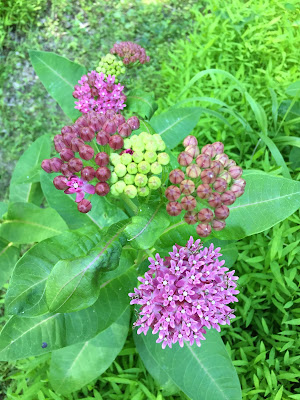 on a purple milkweed.
Photo below: "Moon Over Flying Pig" 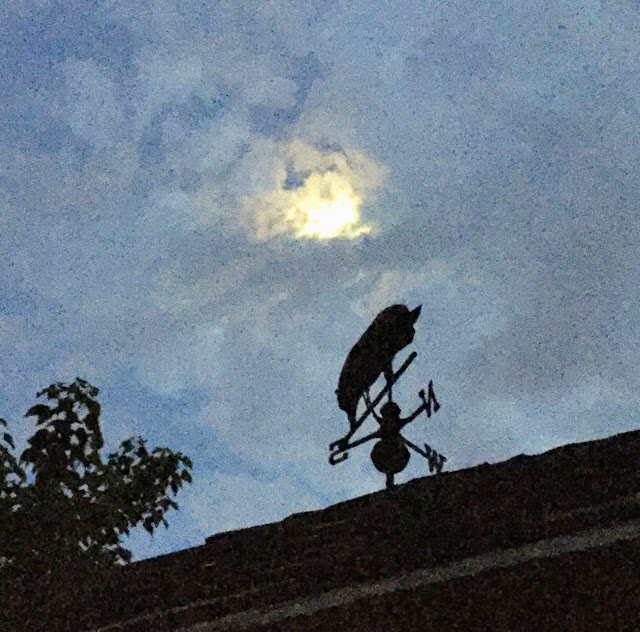