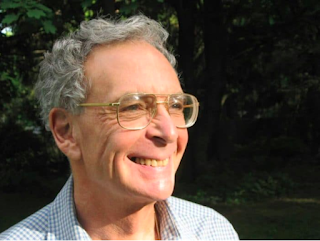 The Friends of Herrontown Woods mourns the loss of a great environmental force in Princeton, Daniel A. Harris, who died on Dec. 26 at the age of 77. A distinguished professor and poet, Daniel became active in local causes after retirement from Rutgers, advocating on issues ranging from civil rights to open space protection.

Daniel was featured in a Princeton Magazine article entitled Uncommon Princeton Citizens for Common Causes, which describes how he, his wife and others were able to reduce the size of developments on the Princeton Ridge to protect additional acreage. Daniel combined a gentle demeanor with an iron resolve, and worked tirelessly to achieve his goals, using his writing skills and talent to make his case.

As the first individual to send a donation to the Friends of Herrontown Woods, soon after we received official 501c3 status back in 2014, Daniel would often send emails of congratulations when we took a step forward. After we successfully fought off attempts by Mercer County to demolish the Veblen House and Cottage, Daniel cheered us on:


"Wonderful news for you and all your colleagues who won a big victory for Princeton and laborious volunteerism. Bravo! I hope you feel really satisfied by your big win."

We will miss you, Daniel. Thanks for your spirit, your devotion, and a legacy of adding hard-won acreage to the protected land along the Princeton Ridge, which will remain in perpetuity for all to enjoy.

A celebration of life service will be held at 3 p.m. on Sunday, Jan. 26 at the Unitarian Universalist Congregation of Princeton.
Posted by Steve Hiltner