Creative reuse is central to nature's vitality, and a central theme in our work at Herrontown Woods, where houses and a nature preserve, generously donated long ago for public use, had been left to languish for lack of care and attention.

As a formal lease moves towards town ratification early in 2020, we've been doing some small fixes at Veblen House and grounds, as part of our stewardship of the property. Most of the invasive species have been cut back, reopening vistas of the stonework and gardens. Some small berms and swales have nicely diverted surface runoff away from the house to feed raingardens. In preparation for last summer's Veblen Birthday BBQ, we expanded parking simply by cutting back vegetation that had long disguised the original width of the gravel driveway. 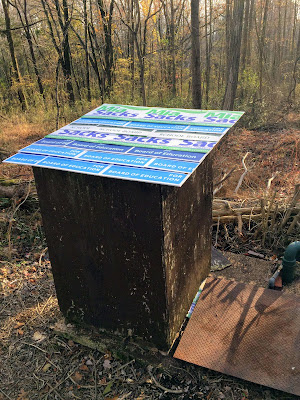 More recently, we collected lawn signs after the fall election and have used them as shingles to repair the wellhouse, which had lost its roof over the years. A few scavenged boards and the lawn signs were all that was needed to put the well house right again. 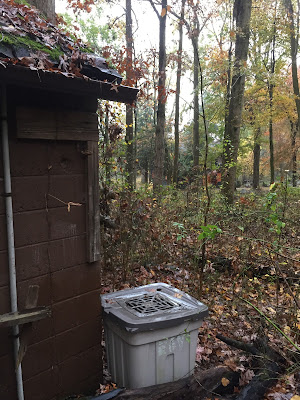 One of our board members, Peter Thompson, contributed a couple rainbarrels that are now catching runoff from gutters we added to the roof of the garage. Since there's no running water as yet at Veblen House, the collected rainwater will be handy for watering new plants during next year's growing season. 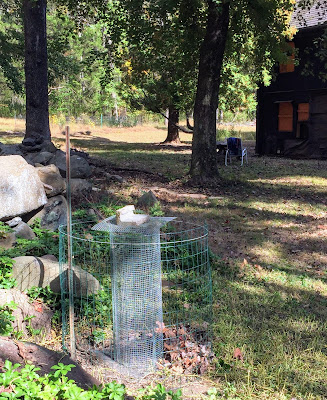 Also near the Veblen House, we've installed a leaf corral that holds leaves, but also has a critter-proof central cylinder that can hold food scraps. Once the corral is filled, the leaves will disguise the food scrap composting and provide insulation to speed decomposition. Earthworms and other decomposers rise up from the ground and into the leaves and food scraps to do their work. No turning of the contents is required. 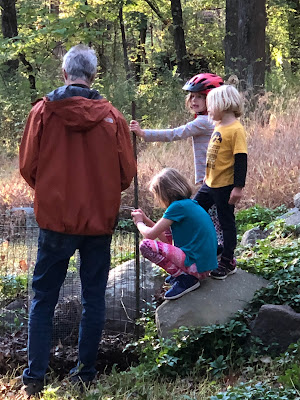 The leaf corral, called a "Wishing (the Earth) Well" because it looks a bit like a wishing well for leaves instead of coins, made a good conversation piece at the end of our autumn nature walk. 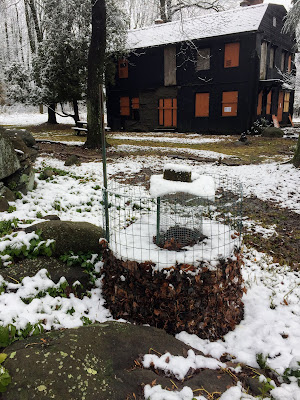 Here's what it looks like with some snow and some leaves, which surround and disguise the inner cylinder of food scraps, brought by one of our board members who lacks a home compost bin.