The Friends of Herrontown Woods held our second annual Veblen Birthday BBQ Bash this past Sunday on the Veblen House grounds. Thanks to all those who helped with preparations, and of course thanks to all those who came, bringing food, companionship, ideas, and even a poem about Veblen and Einstein. 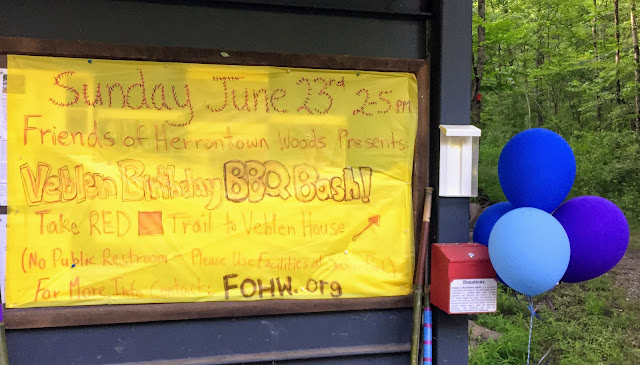 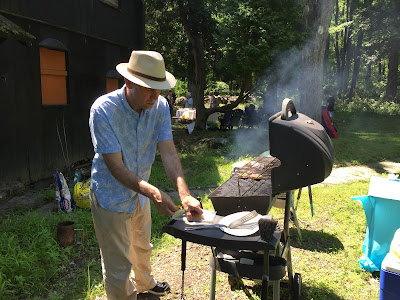 Perry Jones was one of three grillmeisters who kept the hotdogs and hamburgers coming, adding that real BBQ feel to all the other food offerings. The non-meat versions were reportedly as tasty as the real thing. 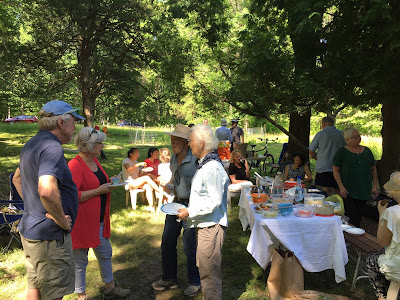 It's a pleasure to gather and enjoy each other's company in this tranquil setting at the edge of Herrontown Woods. 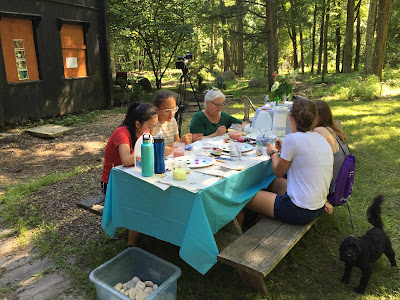 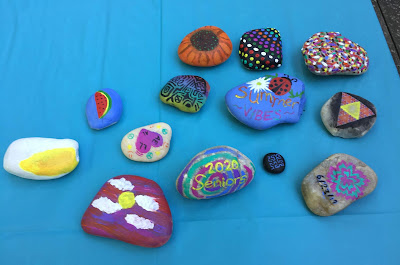 with some beautiful results. 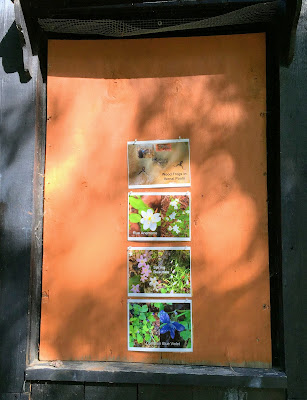 Some of Inge Regan's nature photos, to be found in the public library's borrowable adventure backpacks, made it onto the windows of the house. 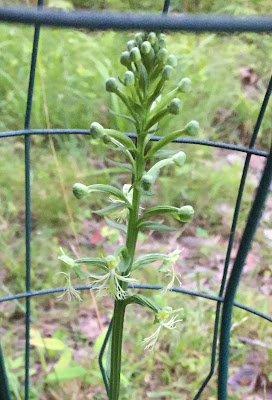 The grounds of the Veblen House had been groomed, being careful to avoid mowing down the occasional green fringed orchid just coming into bloom. How many lawns have orchids growing in the grass? 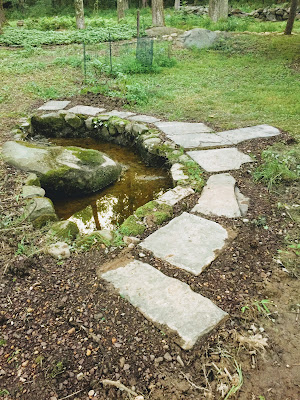 Staying true to the theme of found treasures, the fish pond had gained a border of flagstones rescued two years ago from the patios of two houses on Snowden Lane just prior to their demolition. It was the heavy rains this spring that triggered the thought of improving the footing around this pond that dates back to Veblen days. 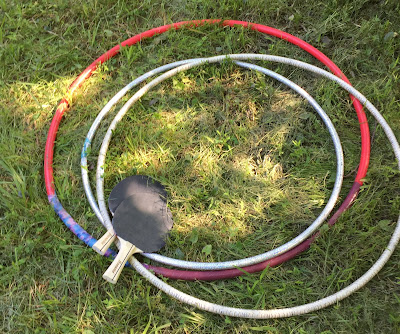 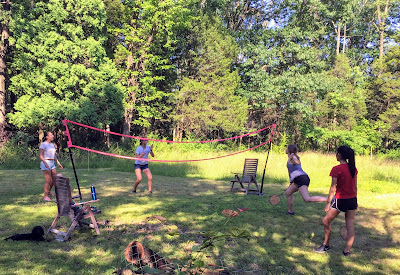 but some volleyball and badminton did, on a patch of meadow mowed for the occasion. 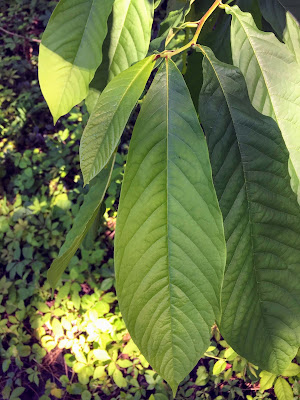 A few of us took a walk through what could be called an Edible Forest of pawpaws, hazelnuts, and butternuts all planted in recent years. All were grown or rescued from local populations. 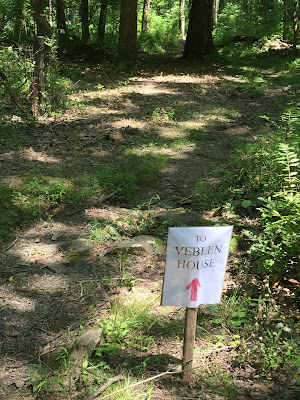 The next day, June 24, Oswald Veblen's actual 139th birthday, a letter from one of the attendees, James Firestone, appeared in the local press, about what Veblen's transformative legacy in Princeton means to him.

All in all, a pleasurable and rewarding gathering to celebrate Oswald and Elizabeth Veblen's living legacy.
Posted by Steve Hiltner