It was a special celebration of Earthday at Herrontown Woods, as the eight grade girls of Cadette Troop 72905 led girls from Daisy Troops 72835 and 71829 on a walk through the woods, followed by snacks and activities on the Veblen House grounds. 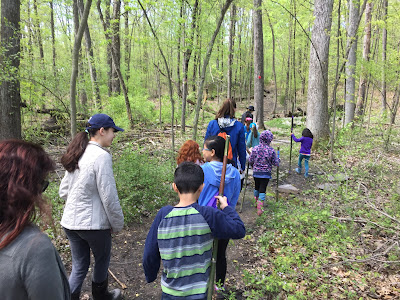 Lots of parents showed up as well, making it a family venture. 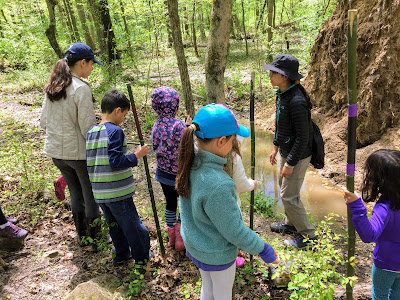 First stop was a vernal pool, just down the red trail, where there were lots of tadpoles to see. Anika explained how the uprooted tree had created a hole in the ground where water collects and lingers long enough in the spring for the tadpoles to grow up. 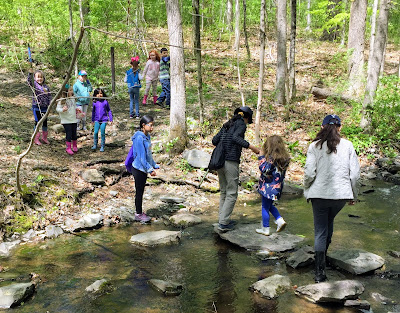 It was moving to see the older scouts helping the younger ones across the stream. 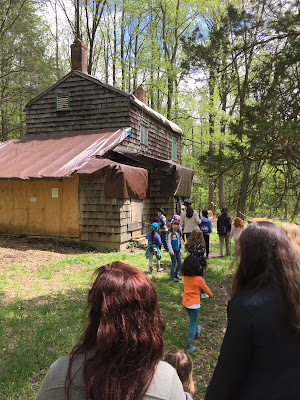 We stopped by the Veblen Cottage, on our way to the Veblen House. The black vulture, faithful to this site and also faithful to its mate, who has not shown up the past couple years, was standing near the corncrib. The last family they raised was in 2017, which is when we began appreciating them as remarkable birds, and abandoned the cliche of black vultures as a haunting presence.

Three members of the 8th grade scout troop — Anika Simons, Lucy Kreipke, and Katherine Monroe — have developed and carried out a work plan for their Girl Scout Silver Award project at Herrontown Woods. A letter in Town Topics describes all the work they have done to help us, including building and installing signs that tell the history of the Veblens and the house and cottage they donated for public use. 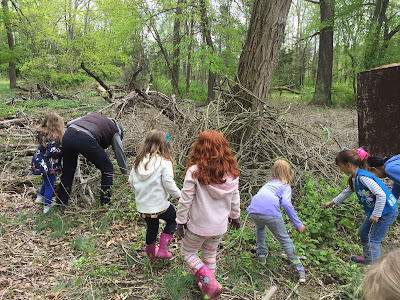 For a work activity, I thought the younger scouts were going to want to pick up sticks, but they got really enthusiastic about pulling garlic mustard, an invasive plant. It was easy to identify with its white flowers and garlicky smell, and they pulled every last one they could find, proudly bringing them to the wheelbarrow as if it were an Easter egg hunt. 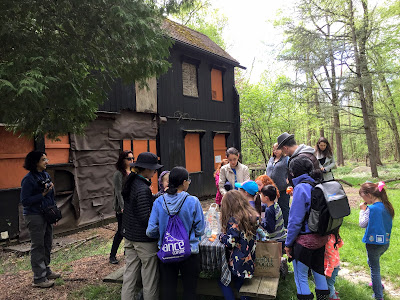 The older scouts also provided snacks and led a stone-painting activity at the picnic table.

The event made us aware of our role as setters of the stage at Herrontown Woods. The stepping stones we laid over a muddy patch of trail, the picnic table donated by a board member, the colorful bamboo walking sticks the kids took along on their walk, fashioned by one of our botanical garden stewards--the work we do comes back many times over in the reward of seeing kids discovering the park, and contributing their positive energy to make it even better.

A couple weeks later, the 8th graders had a table at Sustainable Princeton's Greenfest at the Princeton Shopping Center, where they had a chance to talk about all the work they've been doing. A big THANK YOU to Troop 72905! 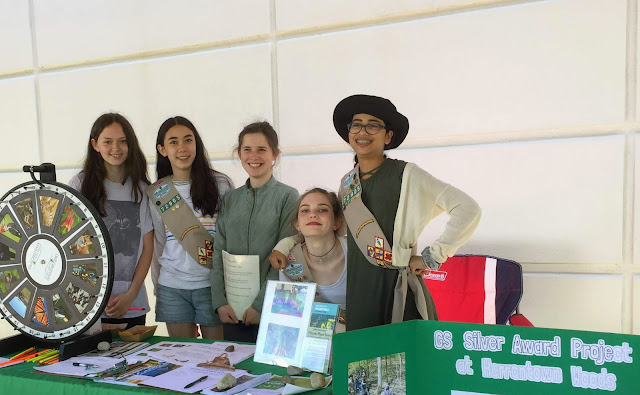