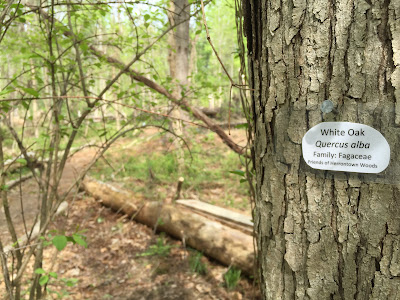 The native plants of Princeton will be featured at a new installation next to the Herrontown Woods parking lot. A clearing was created near the parking lot when an old pine grove blew down in storms over the past few years.  Invasive species moved into the gap, but as volunteers with the Friends of Herrontown Woods began removing these over the past year, we gradually realized we had a lovely setting for introducing visitors to Princeton's diverse native flora, and the pollinators so in need of summer wildflowers in this densely forested corridor.

The site's mix of wet and dry, sun and shade will provide the varied habitat needed to support a wide range of native wildflowers, shrubs, grasses, sedges, and rushes. Identification signs are already going up on trees that survived the storms. Most of the downed trees are being left to tell the story of their long lives and the winds and ice storms that finally brought them down. In a way, this is a Phoenix Garden, growing out of the ruins of the pine grove likely originally planted by Dr. Veblen himself. 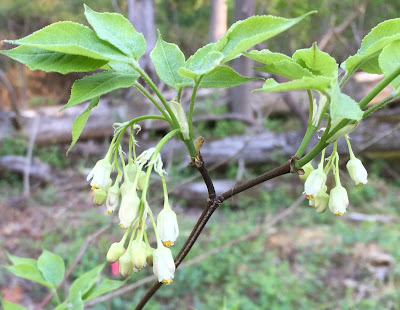 As more species are planted, some are already blooming, like this bladdernut, a rarely seen shrub whose seeds will be encased in what looks like a green Chinese lantern. 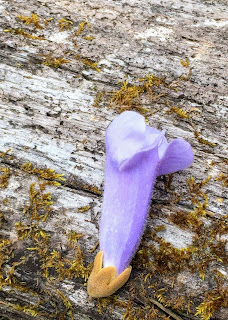 A purple blossom found on the ground turned out to be from one of the few nonnative species being left to grow--a Princess Tree. The tree's early spring flowers attracted the attention of a hummingbird seen perching nearby. 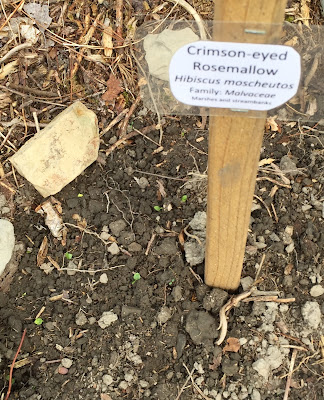 Some seeds planted by pre-schoolers from the Jewish Center have already sprouted. At the end of that workday, we saw a bald eagle soaring by, high overhead, and decided to take it as another good omen. 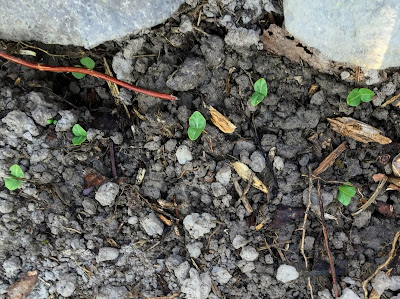 One of the species given to the kids to plant is rose mallow, Princeton's native hibiscus, which flourishes along the canal and now is taking root in the botanical garden. 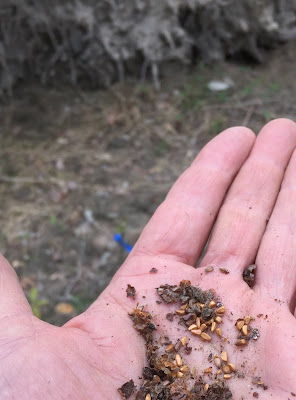 Seeds from a native swamp rose were tossed on the bare ground left by an uprooted pine. 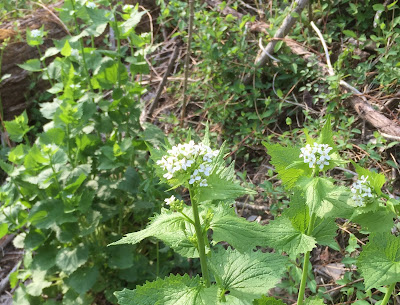 Though the site is likely a couple acres, weeding has thus far been manageable, with scattered garlic mustards and the ubiquitous Japanese honeysuckle getting pulled as we plant natives. 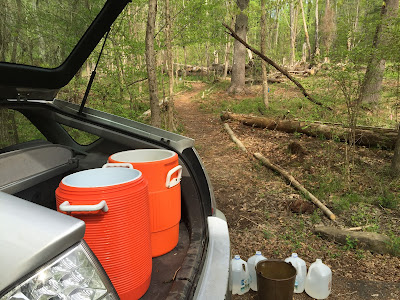 The cool, wet spring has helped ease the weeding and sustain the plantings, with additional water coming from a nearby creek or the back of a Prius.
Posted by Steve Hiltner