At Long Last, a Chance to Repair Veblen House!


After years of opposing plans to demolish the Veblen House, farm cottage, barn and corncrib at Herrontown Woods, FOHW is thrilled that we will now be allowed to take the next step, and begin realizing the Veblens' vision for the buildings. Princeton gave our group permission to restore the trails and habitats over the past four years, and we have long wanted to apply that restorative energy to the buildings as well. The Veblens loved nature, and loved bringing people together. They donated the house and cottage to serve as a gathering place along what has become a magnificent corridor of preserved open space in eastern Princeton.

We're thankful to all those in the community who have expressed their support, and to the mayor and town council for giving this initiative the chance it deserves. We look forward to working with the town to make Herrontown Woods and its cultural legacy a great asset for Princeton. FOHW has received sufficient donations and pledges to fund Phase I of the renovations. Additional tax-deductible donations and pledges will be needed to make the house a place for public gatherings. Please consider supporting our initiative online or by mail.

Filling a gap in stewardship in our community, we like to think of ourselves as The Little Nonprofit That Could. 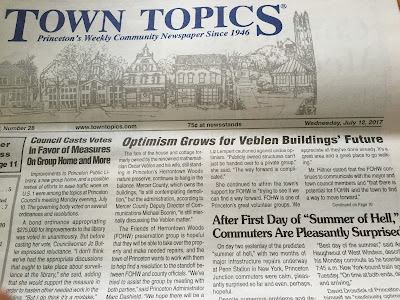 Here's some of the latest news about our doings, beginning with an upbeat article in the Town Topics three weeks ago. 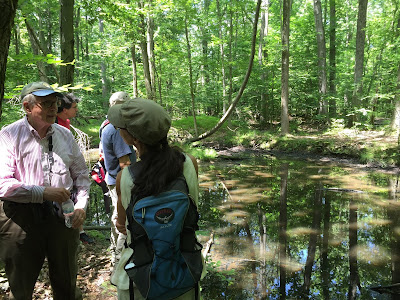 The following Sunday, we led a nature walk along the newly reconfigured Blue and Red trails in Herrontown Woods. Portions of these trails were chronically wet during winter and spring, but board member Kurt Tazelaar found drier and more scenic routes for them, and led workdays to do the rerouting. We stopped at an old "swimming pool" dug in the 1960s, which now serves as excellent habitat for amphibians. 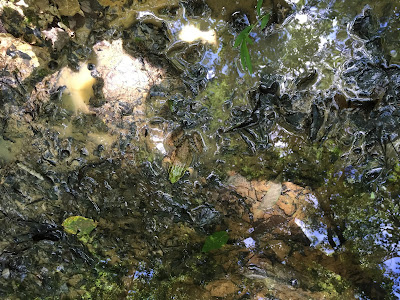 A frog sits well-disguised, in what looks more like abstract art than mud. 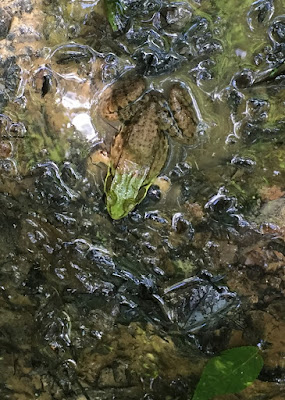 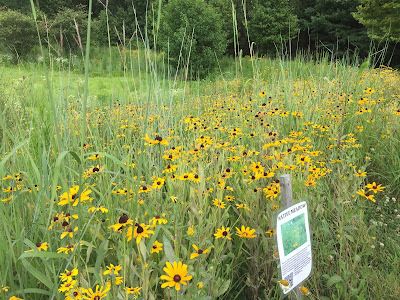 Another project that's coming along well is the native meadow at Smoyer Park, across Snowden Lane from Herrontown Woods. In response to a suggestion by FOHW, the large detention basin that receives runoff from the parking lot was planted last year with native grasses and wildflowers by the federal agency, Partners for Fish and Wildlife, with permission from the town. The Friends of Herrontown Woods has done the followup work, removing invasive species before they can get established, and adding additional wildflower species. 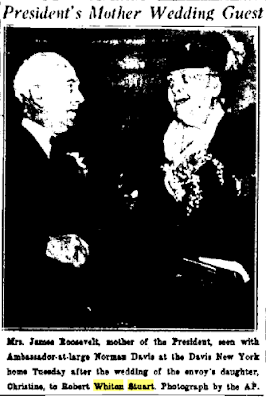 Herrontown Woods, which in 1957 became Princeton's first nature preserve, is full of natural and cultural history, of which the buildings are a vital part. Along with all the hands-on work to care for the nature preserve and its buildings, FOHW is also researching the fascinating lives of those who lived at Veblen House. The Veblen House was built by a patrician family from Manhattan in the 1930s, the Whiton-Stuarts. The cottage, more frequently seen because it's located along the main trail at Herrontown Woods, was built by subsistence farmers in 1875. Together, they offer a portrait that stretches across economic classes and centuries. Some of the remarkable history, with connections to the great scientists, politicians and philanthropists of the 20th century, can be found at VeblenHouse.org.